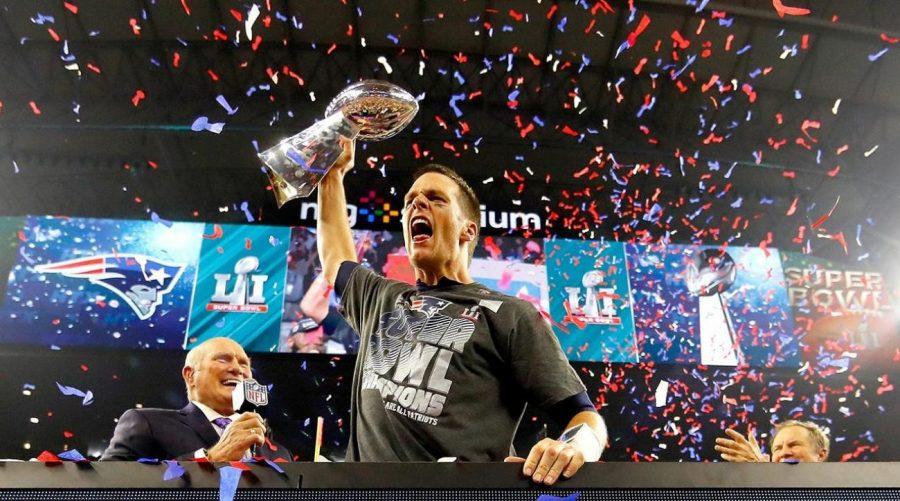 Finally, the Patriots. Now I am not trying to brag, but I was correct about the Patriots, if you need proof, go read my Super Bowl Preview article, but this was truly an incredible game. In my opinion it was the greatest Super Bowl of all time. Let’s recap. Not even one minute into the game, LeGarrete Blount fumbled and Bill Belicheck would not take any chances, so he did not put Blount back into the game after that. The Falcons, did indeed capitalize on that chance and they scored with twelve minutes to play in the first quarter. The next score of the game was halfway through the second. On a long, bullet throw from Matt Ryan for a touchdown from 30 yards away. The point where I though the Falcons had one the game was when Tom Brady threw a ball across the middle of the field from a bunch formation, and Robert Alford intercepted the pass and took it to the house. My favorite part of that play was seeing Tom Brady lumber and dive to take Alford, but Robert left the old guy in the dust. That made me think that Patriots would be dethroned. 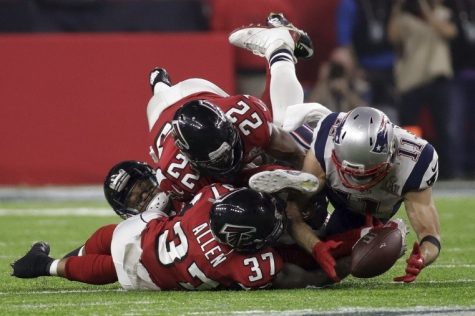 At the start of the second half, the Falcons had a long drive, where Matt Ryan was on fire. He was connecting with receivers left and right. The Patriots started their comeback by scoring with 2 minutes left in the third. The Patriots had some life. They scored again with only five minutes left in the fourth. I saw no way how the Pats could win the game. There was not enough time to come back. I was wrong. Then, the Pats went for 2, and the play call could not have been better. They moved Lewis into the back field, faked a high snap, and Lewis plowed his way into the end zone to make it a one possession game. With four minutes, Julio Jones made one of the best catches I ever saw. He snagged a ball a good three or four feet above his head, and his right foot was at the same height as his head, but he was able to bring his foot down in bounds for a catch. The Falcons were forced to punt, and then what I think the greatest catch in Super Bowl history was made. Julian Edelman cut across the middle of the field, the ball was batted into the air by a Falcons defensive back, and seemed destined to hit the ground or be intercepted, but Julian Edelman had other plans. He dove with all his mite and got both his hands on the ball, but his fingers were in a fist so he did not have a good grip. He took a risk and let go of the ball and re-caught the ball. Then, with one minute left, the Pats got inside the two yard line and they ran it in for a touchdown. Then for the two point conversion, Brady threw a cannon to Amendola for the two point and Amendola barely got in, but the points counted, and they went to overtime. In overtime, the Pats drove down the field and got inside the five yard line. Brady then pitched the ball to Lewis. Lewis broke three tackles and dove into the end zone for the touchdown. 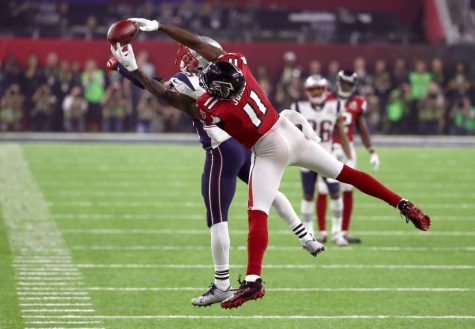 The Patriots had completed an impossible comeback. This game was absolutely incredible. I put this game at number one because it was Brady’s fifth ring, the comeback was amazing, and there were so many big plays. The Julio Jones and Julian Edelman catch, also the two MVP candidates were the quarterbacks and they were incredible in the game. In my opinion, if the Falcons had won, Matt Ryan would have been MVP. This game was just overall a beautifully played game and was worth sitting on my couch for four hours.