Why the NBA Should Expand to St. Louis 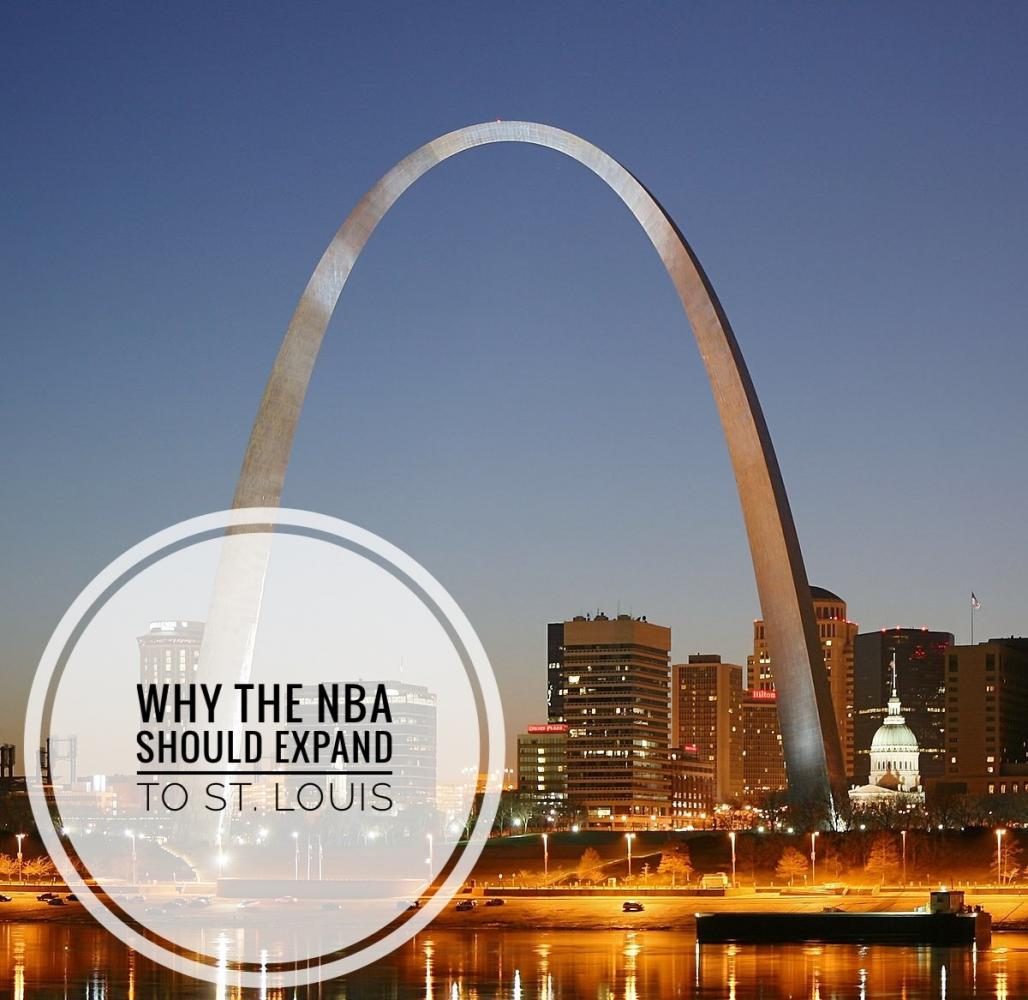 The Gateway to the West. The Lou. STL.

These are just a few names for the great city that we live in, St. Louis, Missouri. Currently our city only has two major professional sports teams; our beloved St. Louis Cardinals and the St. Louis Blues. It was disappointing when Rams owner Stan Kroenke decided to take away our football team and bring it to Los Angeles. As of now, we are stuck with only a baseball and hockey team. St. Louis attempted to build a stadium which would bring an expansion MLS team to the city, but after a vote in the city, the proposition was denied. With that being said, I feel like St. Louis would happily welcome a NBA team; in this I will be discussing why.

The St. Louis Hawks arrived in the Gateway City in 1955 after a pretty poor run in Milwaukee in the BAA. In their first season in St. Louis, Hawks player Bob Pettit won the very first MVP award in league history. In the offseason after making the western finals, the Hawks made what could possibly be the biggest draft day trade of all time. The Hawks traded away their second overall pick, Bill Russell, to the Celtics in exchange for two young players that no one knows about today. In the following season the Hawks made it to the NBA finals , but lost to the Boston Celtics by two points in an amazing game 7. In the next season, the Hawks took on the Celtics yet again in the finals, but this year succeeded and won their first NBA championship in a game 5 in front of their home crowd! In the following 1958-59 season, Bob Pettit won his second MVP award, but the Hawks failed to make the finals. The Hawks stayed competitive throughout the next few seasons, but fell to Boston twice in a row in the finals, giving the Celtics four championships in five years. The next season saw St. Louis go through three different coaches, eventually using Bob Pettit as a player-coach. This ended up being the first season that the Hawks missed the playoffs. After their disastrous season, the Hawks made a huge house cleaning and ended up finishing the season in 2nd place. Unfortunately, they lost in the Western Finals to none other than the Los Angeles Lakers. In the following season, the Hawks lost in game 7 of the Western Finals for the second straight year. This led to Hawks legend Bob Pettit hanging up his jersey for the last time as he would retire after an 11-year career. He was the first player to top 20,000 points in his career.

This retirement would be the start of the downfall of the St. Louis Hawks. In the next year, the Hawks didn’t have the greatest record, but they still snuck into the playoffs; in which they made it to the Western Finals yet again, but lost in 7 games. In the offseason, the last remaining player from the Hawks 1958 championship team, Cliff Hagan, signed to a team in the ABA. To replace Hagan, the Hawks drafted Lou Hudson who had a dazzling rookie season and led the Hawks to 2nd place; but yet again they lost prior to the NBA Finals in the playoffs. The 1967-68 season would end up being the best season for the St. Louis Hawks, but it also ended up being their last. They posted a record of 56-26 and finished in first place. In the playoffs, the Hawks were stunned in the first round as they lost in six games to the San Francisco Warriors. St. Louis fans were further stunned when owner Ben Kerner sold the team to Georgia real estate developer, Thomas Cousins, and former Georgia Governor, Carl Sanders. They obviously decided to move the team to Atlanta and the rest is history. This has been a large disappointment for the millions of St. Louis residents of the future, especially for the select few that have played in the league. 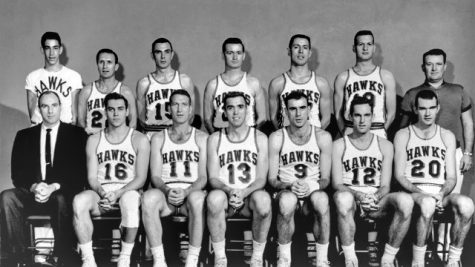 The city of St. Louis has a great amount of players in the NBA. There has been a total of 26 players in the NBA that are from St. Louis, Missouri. This includes players such as Chaminade standouts Jayson Tatum, Bradley Beal, and David Lee, as well as Patrick McCaw, Ed Macauley, and Jo Jo White. With all of these great players that have been in the league, why doesn’t St. Louis have a NBA team? I could certainly see some of the guys that are currently in the NBA wanting to return to their hometown. One of my personal favorite current NBA players, Jayson Tatum, loves the city that he grew up in. He is well known for repping St. Louis with dear love for his city. His Instagram bio even says “Oh yeah I’m from the LOU” which shows his roots. On Bradley Beal’s Instagram you can see many photos of him in his high school uniform. Beal also coaches an AAU team in STL (Brad Beal Elite). There’s a good chance that several more basketball players from St. Louis will reach the NBA, and I’m sure that all of these guys born and raised in STL would love having a team in their hometown; especially in the great stadium located just west of Union Station. 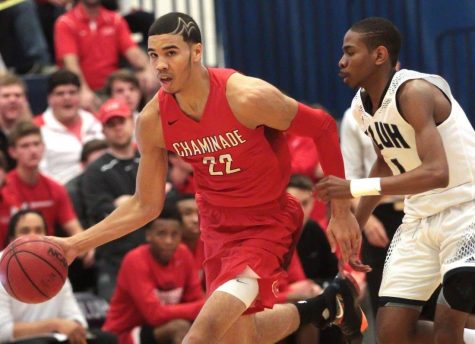 The Enterprise Center (formerly Scottrade Center) is a nice 23 year old arena set in the center of downtown St. Louis. The center is currently completing renovations and it would definitely be able to host a NBA team. The arena seats 19,150 for St. Louis Blues hockey games, but can seat nearly 22,000 for basketball games. Like most cities with a NHL and NBA team; one arena would be home to both teams. Throughout the years, the Scottrade Center has been host to loads of basketball games. Every year, St. Louis hosts the Missouri Valley Conference Tournament which they call “Arch Madness”. Another annual occurrence at Scottrade is the “Braggin’ Rights” game. This game is between the University of Missouri and the University of Illinois. It usually draws a big crowd since there isn’t much good college basketball in the Lou and it is a rivalry between border states. Also, this year the arena hosted the SEC tournament. The Enterprise Center would certainly be suitable for NBA basketball. Having both a NBA team and NHL team situated in the Enterprise Center would not only be good for the stadium, but also the buildings around the arena including Union Station would benefit. 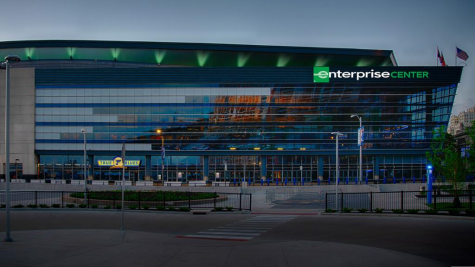 My concluding thoughts are that a NBA team is exactly what the city of St. Louis needs; and I think it will happen in the near future. We had a very good few seasons with the Hawks and then got screwed over when they moved to Atlanta. Now that we have also lost our NFL team, I’m sure that many people, like me, would love to have an organization playing in the NBA. Let’s hope that the NBA expands soon!