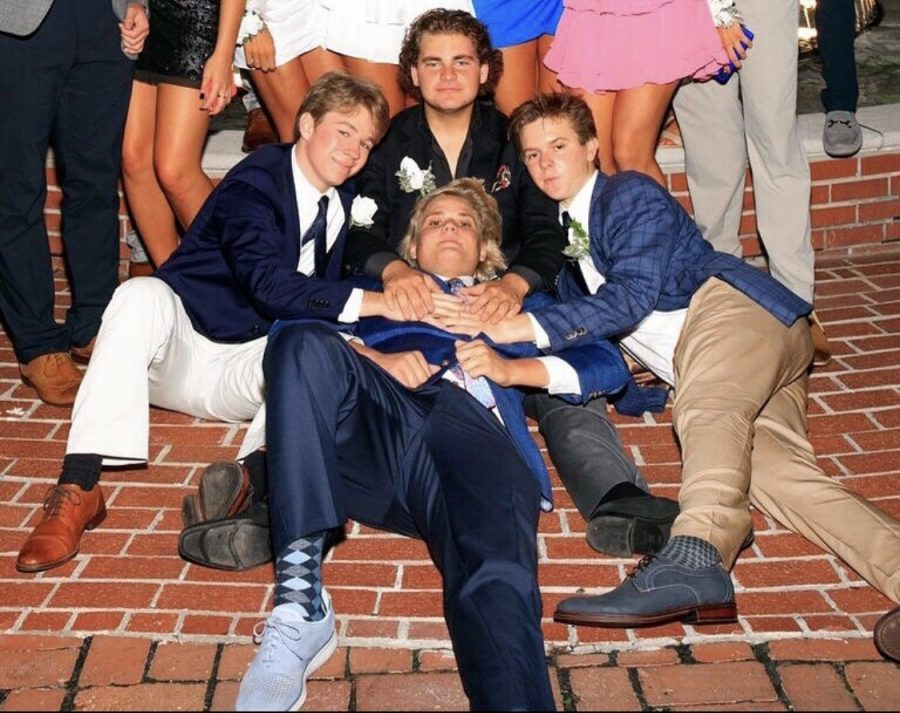 On September 21st, Chaminade College Preparatory School hosted its annual Homecoming Dance, in which students from all grade levels are invited to Chaminade’s gymnasium to dance and have fun with friends.  As is our tradition, this dance followed the homecoming football game in which the Red Devils were victorious over Vianney in a blow-out win.

During the football game, Chaminade came out of the gates strong, scoring 2 TDs in the first quarter and then going into half up 14-0.  They hung another 30 points on them in the second half, which means that going into the dance on Saturday, the boys were already feeling good.

After spending a few minutes getting ready, many of the attendees were late because their parents made them take pictures with their dates.

There are many different reasons students are interested in attending this annual event. Some say it’s a great way to meet new people and others just like to dance and hang out with their friends. While in attendance, many different students were asked why they came to prom. The most popular response that was given to this question was along the lines of, “I didn’t really want to come to the dance, I’m just here for the after-party”.

“After Parties” seem to be quite the popular activity for students after formal and semi-formal event and dances. There are usually two large parties after the event for the juniors and seniors. While there may be some for the younger classes, there usually not as large and well-known as the upperclassmen.

Dress themes are quite common at the student hosted after-parties. The most recent one was the 80’s them in which many of the guys wore jean shorts and a retro shirt while the girls wore bright and neon clothes.

The dance–and especially the after parties–were a great ending to a successful homecoming week.