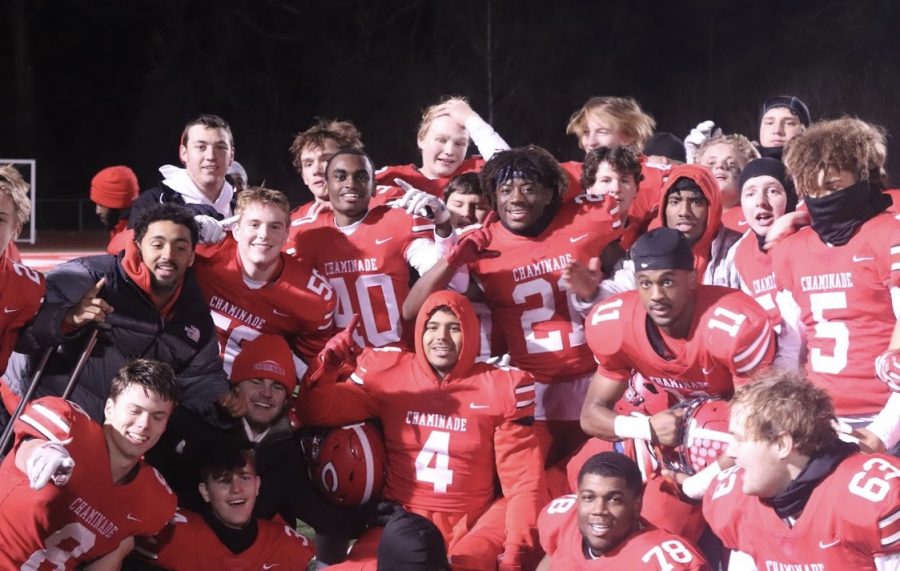 Going into to this past Friday’s game against the McCluer North Stars, Chaminade was hot coming off their first win of the post season against Webster. Coach Torrey and the Red Devils hoped to carry this momentum into the district final, against McCluer North. With high expectations of their opponent, Chaminade came into to the game ready for a Dog fight.

Going into the game, Chaminade knew they needed to prep for mainly two offensive players, RB/Slot Receiver Travon Springfield and Quarterback Angelo Butts. Springfield is a 1000-yard rusher with 21 touchdowns on a little more than 140 attempts on the year. Springfield’s counterpart in the backfield, Butts, being the mobile quarterback that he is, has 574 rushing yards and 10 touchdowns with 50 attempts, on the year.

Chaminade knew they would face a run-heavy team, needless to say their prep for this offense worked after they held the Stars to zero points along with a total of 29 offensive yards. Along with stopping the Stars’ offense, the Red Devil Defense also forced 5 turnovers, 3 picks and 2 fumbles. John Kuntz lead the team in tackles (9), John also had a fumble recovery. Jamisen Terry had 4 solos and 2 assists, along with an interception. Kevin Re had 3 solos and 2 assists.

After the monster game that he had on both sides of the ball, I asked Captain John Kuntz a question after the game. After asking John, how it felt to preform the way he did, in a game that was do or die, John responded, “It felt great to contribute to the win. Throughout the playoffs, one thing that’s always been on my mind every week is that this could be the last time we play, so all I can hope to do is leave it all out on the field… We plan on playing for three more games and as long as we bring the same intensity we did against McCluer North, then these next three weeks should be a lot of fun.” It is very clear that John, and the rest of the team, is very optimistic going into this week’s game.

Both the Red Devil offense and defense dominated in every facet of the game. This game was easily the best performance we have seen from this team all year and couldn’t have come at a better time. Chaminade will look to carry this momentum into next week’s state quarterfinal game vs Fort Zumwalt North.