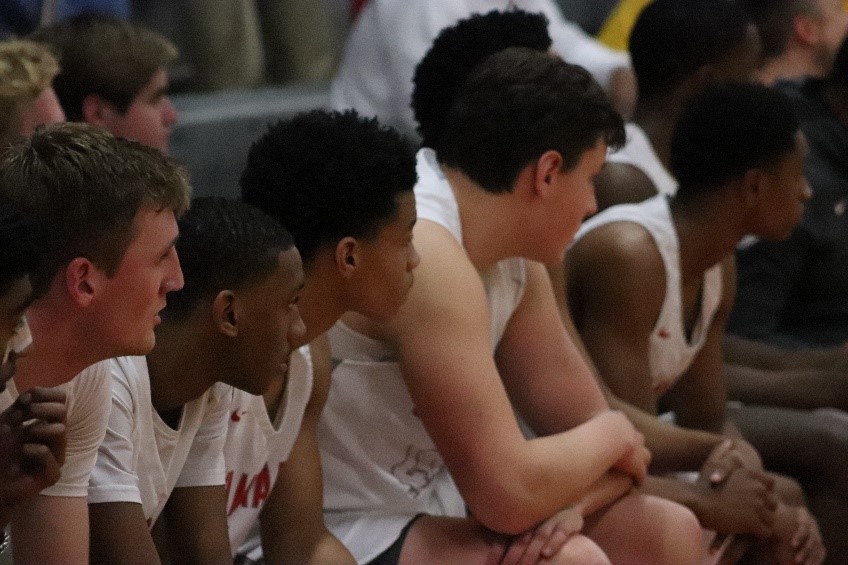 While some students may go home and get back in bed once they finish their exams on Thursday–or hopefully get out their calculators and textbooks to prepare for the math exam–the varsity basketball team will be boarding a flight headed to Los Angeles. The team will be participating in the 2nd annual Marianist Classic, which showcases the top high school Marianist basketball programs from across the country. The event will be held at Chaminade West Hills from Friday the 20th and Saturday the 21st. On Friday night, the Red Devils will play the national powerhouse St. Vincent–St. Mary’s for the second year in a row. On Saturday morning, the team will play Central Catholic high school from San Antonio Texas.

The game against St. Vincent–St. Mary’s will surely be the highlight of the event, as the Irish are considered one of the top teams in the Midwest every year. They are coming off a three-point loss to the number two team in the country, Sierra Canyon, when they played on Saturday the 14th.  St. Vincent–St. Mary’s was in the game the entire time but gave up their lead on a layup by LeBron James Jr. with 54.1 seconds left in the game. From that point on, Sierra Canyon played stout defense and didn’t let LeBron James Sr.’s alma mater score, ending the game 59 to 56.

The Devils and the Irish met up last year and St. Vincent–St. Mary’s came away with the six-point victory. This year, Coach Bennett is looking for the team to play with high energy and a desire to pass the ball to the open man.

“On offense we need to continue to share the ball,” Bennett said.  “Yesterday we were extremely unselfish, the ball had a lot of energy, was moving all over the place. But then in addition to that, one of the things we’re gonna have to do is defend and rebound. At the end of the day that’s what it comes down to. You have to get high percentage shots and you have to defend and rebound.”

Against Riverview Gardens, the Devils had no issues making the extra pass and finding the right shot as the team scored 86 points. Defensively, the team was stout letting up 35 points the entire game, so a large step up in competition will test how good the team can play both offensively and defensively.

A win against this caliber of a team could bring Chaminade right back up in the national ranking conversation. The program hopes to use the game against St. Vincent–St. Mary’s as the first step in showcasing the team’s talent and proving that the Devils play as challenging of a schedule as anyone else.

The benefits of playing such a strong opponents are long term, and Coach hopes the game can help prepare the team for later down the line in March.

“At the end of the day, we’re really focused on just trying to win, but being the best we can be in March.”

Win or lose, the game on Friday will be just the first of many challenges throughout the year and introduces the team to the feeling of playing high stakes games against a dominant opposition. The Red Devils will return on Sunday and be off until Friday December 27th where they will play their first game of the Chaminade Christmas Tournament.