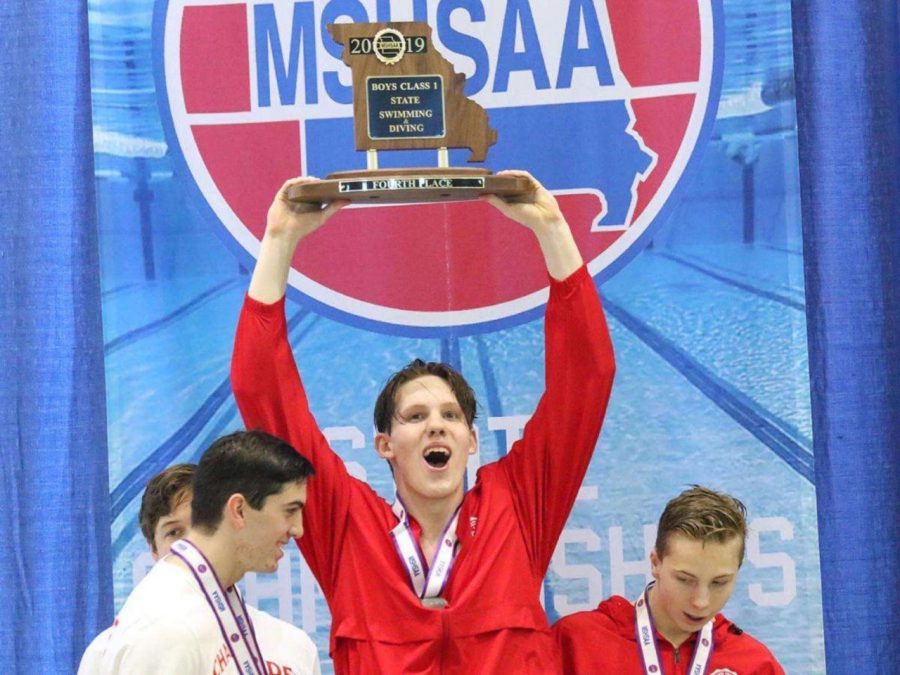 The squad, led by Coach Keith Mug, was able to consistently dominate throughout the MCC, and ultimately were able to reach themselves a spot at 4thplace in the MCC Championship.

One of the top swimming prospects in the state, Andrew O’Brien, played a big role in the success of the program this year, setting multiple records throughout the season. Not only did he help in crushing the previous records for the 400 free relay, the medley relay, and the 200 free, but he also set the record for the 500 meter individual event, making him one of the most decorated members of the Chaminade swim program in many years.

But like any team sport, success does not happen through one person in swimming, and requires an extensive team effort. Not only do the swimmers have to be prepared to swim their fastest, they also have to be coordinated and understand their events if they want any chance at success.

Another big asset to the team this year was captain, Jeffrey Garlich. He helped in setting the record for the 200 free relay, 400 free, and was one of the 4 swimmers to be a part in setting the pool record for the medley relay. Garlich finished 2nd in all of his events during the MCC Championship, bringing them just short of the 3rdplace podium spot. Nonetheless, the effort put forth by the swim team this year was something special and honestly was somewhat of a surprise, even for the swimmers.

When asked what they thought the season would look like this year, Garlich said, “We knew we had talent and a good coaching staff, but we had no idea we would make it as far as we did.”

The story of the 2019 Varsity Swim Squad will be one to remember. Even though they did not finish in the top 3, the dedication and hard work that was put forth by the Chaminade swim squad was more than enough to produce a season that will be unforgettable for the swimmers. Chaminade’s swim team is also considerably smaller than most all other schools in the MCC, putting them at a quite substantial disadvantage. A typical swim program has at least over 100 swimmers, some schools even having close to 200.  But, Chaminade stood at a stout 60 swimmers and was still able to compete at Championship level.

This year’s performance sets up this historic sports program for many years of success to come.