The True Cost of Black Friday 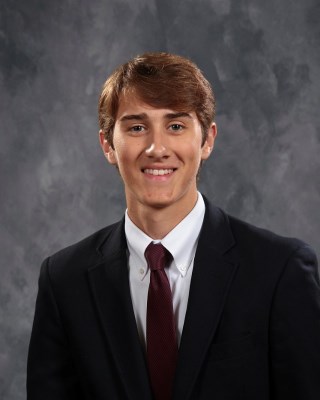 It’s Thanksgiving night. The whole is family gathered around a table in their finest garments, eating a home cooked meal and enjoying each other’s company, Uncle Jim tells that story of that one time on vacation, Grandpa tells everyone how thankful he is to be there, and 50 million people are fighting one another trying to save $30 on a kitchen mixer.

Today, Black Friday shopping has become an entirely new beast though, with nearly 86% of Americans planning on spending their money on Thanksgiving weekend sales according to a recent poll done by Finder.com.  The expected net spending of Americans on retail during this weekend has swelled to a total of $87 billion. This is not your grandfather’s traditional Thanksgiving, because now grandpa needs a new flat screen.

Sure, good deals on average products is awesome, but what is the actual cost? At a Best Buy in Florida, people began camping outside the store in tents starting as early as Tuesday.  Living in tents. On the side of an interstate. For a TV. FOR FOUR DAYS.

Some of Best Buy’s best deals highlighted $350 savings on a Microsoft laptop, $50 off Beats wireless headphones, and a Nikon camera sold on retail for $1,200 on sale for only $700. Let’s be real, these are pretty good deals. Although the stuff is still overpriced, the overpriced stuff is a lot cheaper, so the excitement around these sales is perhaps warranted.

Unfortunately, in recent years, the excitement has boiled over and has created what can only be defined as just plain danger. Folk stories of innocent shoppers getting trampled in stampedes are realities as the average American ignorance and selfishness is amped up a notch when a limited amount of sweet deals are involved. Since 2006, 11 people have straight up been killed as a result of Black Friday shopping. People have lost their lives for the sake of savings. Not to mention the over 100 people who have been seriously injured during this time period as well. Stories of disputes over parking spaces in the parking lots have resulted in stabbings and in some cases deaths. Of these 11 deaths, 2 have come as a result of the stampede, 6 have come via shootings, and 3 people have died in car accidents during the Black Friday mayhem.

Now if the literal threat of you getting stampeded to death in the middle of Walmart isn’t enough to convince you that Black Friday has gotten out of hand, what about a less physical and material reason, the loss of the value of Thanksgiving. The modern Thanksgiving meal has been altered from perhaps what it has traditionally been. Many families now do Thanksgiving brunch or lunch, leaving their nights free for shopping. But what about the thousands of retail workers that are forced to clock in Thanksgiving night, to feed the hungry beasts that come to cash in on some sales. I understand that the Thanksgiving holiday maybe isn’t what it used to be, but for the sake of the retail employees, stores should be closed on Thanksgiving night, at least until midnight when the chaos of Friday ensues.

The Thanksgiving holiday has always been one of great sentimentality, where the family comes together from all parts of the country, and enjoys a home cooked meal, one of the few times all year where this happens for most families. So why on this day where we give thanks for what we have, are we glorifying consumerism even more than we already do? I’m a big fan of holiday sales myself, but why don’t we just save ourselves the hassle and potential threat of Black Friday shopping, and just Amazon Prime something from the comfort of our homes Monday morning.