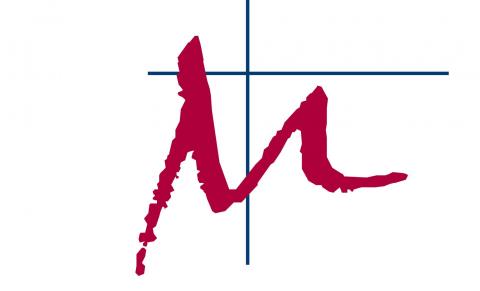 The following reflections were provided to the entire Chaminade community during our annual Chaminade Heritage Week:

Hello, my name is Bobby Sartori and I am a senior in the gray house. I began attending Chaminade in the 6th grade and it quickly became my second home.

For those of you who know me, you know that I was a part of the 2018 rugby state run. During that rugby season, I made lifelong friends and experienced the Chaminade brotherhood firsthand daily. You do not need to understand how rugby works to understand that it is a great opportunity to meet and grow closer to people who you wouldn’t necessarily associate yourself with. The rugby team was full of a diverse group of Chaminade individuals to say the least, but I am going to focus on our two captains from that season, Cory O’Dell and Peter Wohlstadter.

I remember being recruited to play by these two and they presented rugby as an opportunity to form bonds with guys that you wouldn’t think you could form bonds with, and it was in the sport itself that allowed these bonds to form. Through competing with each other, we grew closer together as brothers and as a team and it was in the bonds we formed, along with our strong leadership that allowed us to go on the run that we did that year.

Although that season did not end the way we wanted to, finishing runner-up in the state final, I made lifelong friendships with people that I never thought I would become acquaintances with, and for that reason, the entirety of the second season of the Chaminade rugby team is my Marianist moment.

Hello, my name is Jesse Mose, and I am a senior in the Mauclerc House, and I would like to share with you all my Marianist Moment.

When I began high school at Chaminade, it was like throwing me into the deep end of a pool without me having any knowledge of swimming. I have had been homeschooled from kindergarten through eighth grade prior to my coming to Chaminade and had never experienced a typical school setting. Furthermore, as a new freshman, I knew nobody at Chaminade. Though excited about tackling this new experience, I was somewhat anxious to know what lay ahead. Before I knew it, the first day of school arrived. I got to school early that morning and was walking towards my locker in the basement of Chaminade Hall when I encountered Dr. Kralemann. I knew at once who she was; the associate principal who gave the intimidating, yet powerful academic spiel at freshmen orientation. However, once we introduced ourselves, I saw the other side of Dr. Kralemann; kind, understanding, and welcoming. Dr. Kralemann reassured me that I would enjoy my time at Chaminade, that I would have to work hard to achieve academic excellence, but that through it all, God, Our Blessed Mother, and Fr. Chaminade would be watching over me as a made my way through the Esto Vir Journey.

As a senior about to graduate, I am confident to say that my encounter with Dr. Kralemann at the beginning of my high school career has inspired me to achieve excellence throughout my time at Chaminade both in and outside the classroom. Yet I could not have been successful without the support of family, friends, teachers, but most importantly by God. As a Catholic, I know that my amazing experience at Chaminade did not happen by accident or chance; it is impossible. I believe God allowed me to attend Chaminade and to experience the success that I have met because of his plan for me in the future, which I believe is to be a music educator. I am truly grateful to be a member of the Chaminade family and will continue to live out the motto Esto Vir in the future. Thank you for listening to my Marianist moment.

Hello, my name is Tristen Hawatmeh and I am an O’Donnell House Captain. I have been at Chaminade since entering in the seventh grade and it has been a place to call home ever since.

I have been blessed to experience many things at Chaminade; service trips such as the one to Ellington Missouri, experiential learning opportunities like when I had the chance to go to Rocky National Park and Olympia National Park, and a plethora of clubs and activities that I have been able to participate in.

Two of the most important though in my time here has been my involvement in the Chaminade drama department and MLC. During my freshman year, I was in the production of Sugar that we performed in the Skip. I took on the role of Spats Palazzo, the Chicago mob boss who wants to “take care of” two men who were eyewitnesses to me killing an opposing gang. Very authentic to my life right. In the play, though my right hand man and my henchman was played by none other than Justin Whyms, or as many of you know, Big J. As a freshman, I was terrified to be the boss of big J. He was a football player, a senior, and most of all about 200 pounds more than I. But once rehearsals began and we started to get to know each other, I realized how great of a person he was. Even though it was his first play and he was coming to me for acting and dancing tips, he taught me so much more. He would tell me about his classes like when he Mr. Bob Murphy or how I should get involved with Campus Ministry. We also would just enjoy talking about how we both love eating and kept debating which fast food restaurants had the best chicken nuggets. I felt so accepted that a senior would take me under his wing and teach me the ways of how to win in high school.

The kindest thing he ever did for me though, except for buying me wing stop, was inviting me to an MLC prayer service on Friday. He was an MLC core member and during a tech rehearsal he told me that I should attend one and that it was right up my ally. I went to a couple of middle school MLC meetings but I was not quite sure of what it really was. I remember showing up bright and early at 7:10 in the IC chapel and seeing big Jay, he smiled and it made me feel welcomed. Afterwards we enjoyed a conversation about Mr. Grumich over some kolaches. I kept going to MLC on Fridays and Saturday meetings and was able to attend LIFE week Pacific to become a core member. I was able to do this because of the hospitality Big J showed. To this day we still talk and he still an important role model in my life. It was Big Jays outgoingness and kindness that is my Marianist Moment.