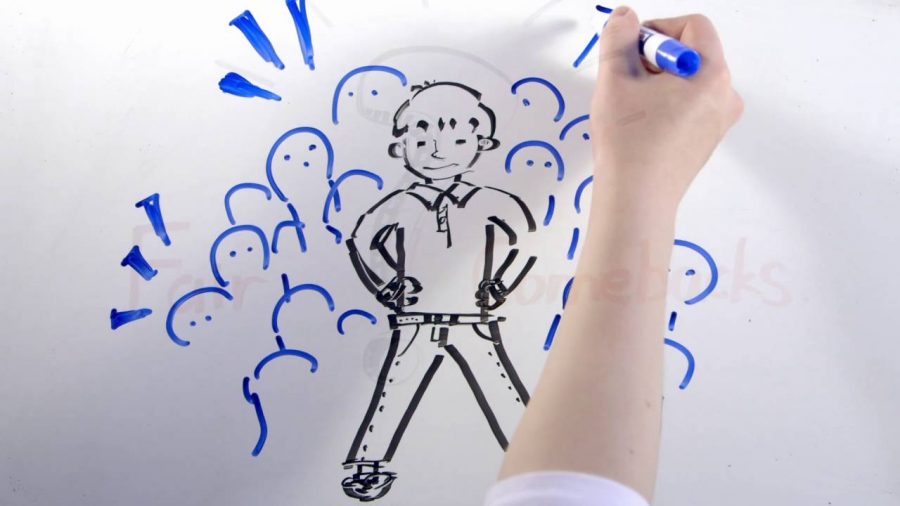 The end of another great school year has come. We have finished the long strenuous school year that leads up to this realization of freedom and have all matured a little bit since the beginning of the year. We have seen the class of 2020 for the final time and say goodbye to all the memories that were built with them. Even though their senior year ended in uncanny fashion, this was just another great story, that was added to their distinct and memorable years at Chaminade. Now, the class of 2021 will take leadership, starting with the new House Captains, as they are beginning the quest to becoming the new home of the House Cup.

Starting out with the current House Cup winners, we have O’Donnell House. O’Donnell was carried to a sweet victory this year by captains Tristen Hawatmeh and Teddy Divis. Newly appointed captains Miles Dressel and Patrick Divis, both hope to carry the legacy left by Tristen and Teddy, and carry O’Donnell, to back to back cups. Miles Dressel said, “I’m super excited to get this opportunity and be a leader for not just O’Donnell House, but for all other Chaminade students as well.” He also talked about being flexible and trying to make everything as fun as possible for all grades. Patrick Divis talked about working with the Deans and other House Captains saying, “It’s a great group of people and it is going to be really fun working with everyone.” O’Donnell is following up this year’s seniors very well and look to be in a great position to win the cup again.

Next up, we have Gray House. Gray House finished off a great year with a second-place finish in the House Cup standings. Led by captains Vincent Laury and Michael Jaeger, Gray saw a tremendous year filled with lots of great moments and memories that will last a lifetime. This upcoming school year, Gray House will accompany its new leaders, Adam Cunningham, and Conrad Hogenkamp, in hopes of taking that extra step to finish with the top spot. Adam Cunningham talked about advice he had been given by past captains saying, “expect things to not always go your way.” He went on to say that it can get frustrating, but you need to stay focused and it will end up working out. The duo of Adam Cunningham and Conrad Hogenkamp looks to be very promising for Gray House, and I would expect them to be in good position next year for going that extra step and winning the house cup.

In the middle of the pack we have Mauclerc House. Mauclerc House saw tremendous improvement from previous years behind captains Phil Mullen and Joe Stoehner but were still not able to quite make it to the top. New Captains Ted Sudekum and Mark Scott, hope to push Mauclerc past the middle of the pack and into its first victory since 2017. Ted Sudekum talked about how there is a lot of pressure on Mauclerc house considering that they have not finished past third place since their victory in 2017. He talked about what motivates him to be House Captain by saying, “I remember my brother being House Captain and winning the House Cup. I thought it was super cool and wanted to do that exact same thing.” Mark Scott also emphasized the importance of the House Cup saying, “My number one priority is to win the House Cup.” It seems like Mauclerc may have finally found the Captains that will take them out of their long and dark drought.

Lamourous comes in next after finishing in fourth place behind captains Austin Middendorf and John Walsh. Austin and John will be followed up by captains Pedro Suarez and Jimmy Grumich. Pedro hopes to have a better year next year by getting kids more involved and making activities as fun as possible. When I asked him why he wanted to run he said, “I want to be in the military when I am older. I knew that being House Captain would help me learn leadership skills and how to work with other people. It will be a steppingstone for me.” He also said that when he found of that he won, he was “very happy, but shocked at the same time.” It is no doubt that Jimmy and Pedro are very excited to be the captains and are going to be looking for new ways to lead Lamourous to victory.

Finally, we have Meyer House. Meyer house finished off the year in last place after having 2 years of great success. Captains John Kuntz and Brecken Wojciechowski led the charge with high aspirations but ended up falling short of their goal. Meyer house will have its new leaders of Carson Glynn and Ryan Jenks to try and bounce back after a disappointing year. Carson thinks that he will be a great house captain because of his ability to connect with people saying, “I like leading by example and think that I can connect with people of all ages.” Former house captain John Kuntz also gave him advice by telling him to stay committed and not lose focus. Meyer house is looking to bounce back and rise to victory again, and Carson and Ryan are the first step in that process.