Letter from the Editor: Mark Scott 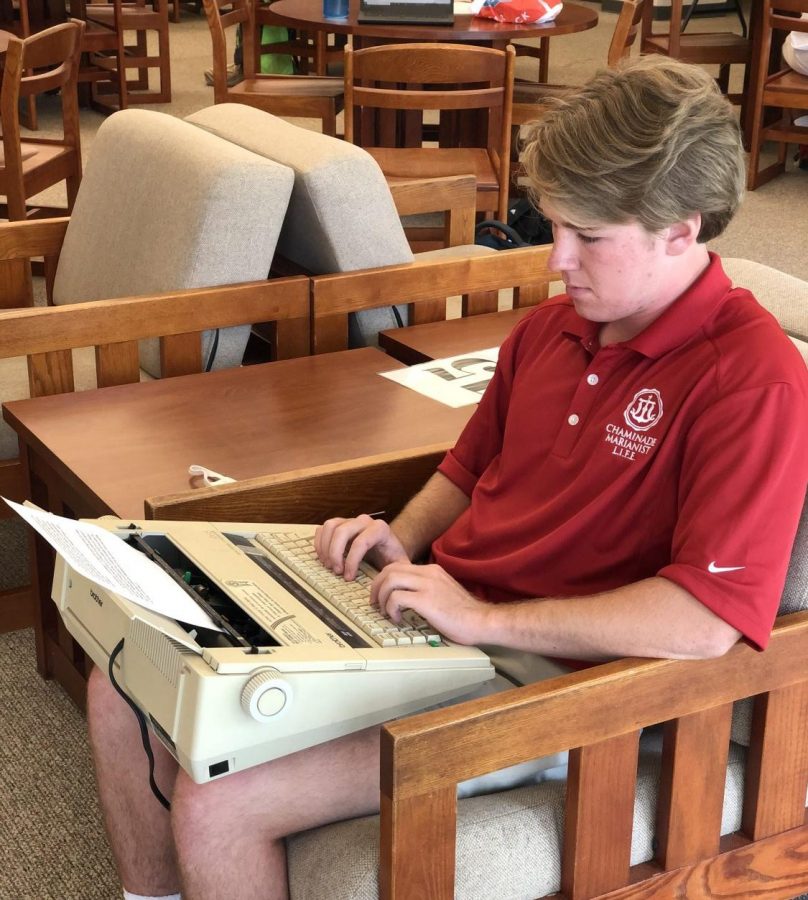 Hello all, welcome to the 2020-2021 school year. My name is Mark Scott and I am the Sports Editor of the Cardinal and White.  This I will also be serving with Alex Miller as the Editor-in-Chief of our student newspaper.

I joined the Cardinal and White my junior year to kick-start a potential journalism/broadcasting career, since my dream job is to become a sports broadcaster. I always loved watching, playing and talking about sports, then one day it hit me that I could turn this love of sports into a career. When I first began writing for the newspaper last year, most of my contributions to the newspaper were weekly recaps the of the Chaminade football games. After football season, I broadened my scope to write bigger sports pieces that didn’t pertain to one specific sport.  I realized that the world of sports has so much to offer.

As the Sports Editor turned Editor-in-Chief, I want to keep the fans and the following behind Chaminade sports informed about Chaminade sporting events. I also hope to offer a media platform where Chaminade’s athletes and coaches can have a voice.  This is even more important now than ever before; as many of you have heard, the fall sport season is in jeopardy due to the Coronavirus.

The possibility of cancelling the fall sports season has hung over this entire season, and county officials have repeatedly released new updates and rules for high school athletes.  In a press conference early Wednesday morning, St. Louis County Executive Dr. Sam Page said, “The Responsibility of our Department of Public Health is to keep kids safe. We see a rate of transmission in all activities teenagers participate in, especially 15-19 year-olds, including sports.”

“High-frequency” sports such as football, basketball, ice, hockey, water polo and wrestling can practice in groups of 30 or fewer. No games, tournaments or showcases are permitted.

This announcement comes after a long summer of questioning whether the season would be played or not. Unfortunately, Wednesday’s announcement has been the latest addition of the County Executive’s office saying that we can’t play.

Chaminade’s football team successfully held summer workouts and practices, following county mandates. Many other sport teams like soccer, swimming, and cross country successfully held practices before the start of school as well. All these teams not only avoiding an outbreak but have recorded a minuscule amount of positive cases. Also worth noting, Chaminade is almost through its second week of 100% in person classes, and have managed to avoid an outbreak.

“We can go to school, but we can’t play sports?”

“The St. Louis County Department of Health is ignoring the advice of the St. Louis Sports Medicine Covid-19 Task Force who have outlined a plan to play fall sports. … Every week that goes by without competing is another week gone that high school student-athletes will never get back,” wrote Grumich in his petition.

The frustration of Page’s decision doesn’t stop with football players.  Sean Green, a senior soccer player, also weighed in. “It (Page’s decision) felt like getting told my senior year is going to go to waste. I have friends who go to schools in St. Charles who are getting to play their senior season right now and it makes me jealous every week they get to have a game and we don’t. … We are no different than St. Charles, so why can’t we play?”

Green refers to the fact that the high school athletic programs in St. Charles County have been allowed play a full season, with little to no restrictions. This has only added to the frustration of St. Louis County athletes.

Chaminade students are stuck between a rock and a hard place. All we can do is make the best out of the opportunities that are given to us and control what we can control.