In a Year Like No Other, Seniors Still Need Privileges 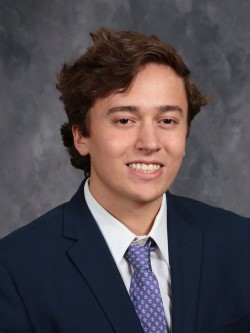 For many years, Chaminade has allowed the senior class to leave during lunch. Doing this lets the seniors take a break from school and have the chance to enjoy some food from wherever they want. However, the Class of 2021 has not been given this privilege, as it is viewed as a safety concern with the current pandemic. While I understand the school is doing everything they can to keep us safe and in-person for classes, I don’t see the risk at all in letting the seniors leave to get food.

The Class of 2021 has missed out on a lot of Chaminade traditions due to the pandemic. It started last year when our Junior Leadership training was postponed and eventually cancelled. Fast forward to today, and there have been a handful of events that our class will never get to experience. These include leading the Red Army, performing live in the House Show, and the cancellations of Homecoming and Prom. Not getting to do these things has upset a majority of the class, as we will be graduating pretty soon. Due to all of this, it is only right that the Senior class should be allowed to leave during lunch.

To me, this is the simplest thing that could be changed by the administration. Seniors could be given a time slot in which they are allowed to leave during their lunch block Academic Lab. I do not see the problem with leaving for 30 minutes to get food from a place that is practicing just about as many safety protocols as Chaminade is. Furthermore, many of the places that Seniors would be going to for food are drive-thru, which causes no risk.

While the school has given Seniors the privilege of arriving to school at 9:35 if their Academic Lab is first, there is no reason that we shouldn’t be allowed to leave during the lunch block. In a year where so much has been taken away from us, this is something that I feel like we should be allowed to do. It is not asking for much, simply letting us leave for half of an hour to get something that we enjoy.

I have asked fellow Seniors about what their thoughts were on this topic, and all of them agreed with me. They said that it makes no sense we aren’t allowed to do this when every senior class before us was. Furthermore, some mentioned that seniors at other schools nearby are allowed to leave for lunch during their free periods. It goes to show that it can be done in a safe and responsible way.

The odds of the administration changing their mind this late in the school year are not great. With a little over a month of school left for the seniors, it is not likely that we will be allowed to leave for lunch. Nonetheless, letting us leave for lunch would be an awesome gesture, and something that I think we have earned with missing so much of the most important year of our high school years.

Ultimately, I understand the concern that the administration has with contract tracing and leaving campus with the pandemic still going on. Nevertheless, Covid-19 cases are continuing to go down and many more people are getting vaccinated. As my senior year winds down, I cannot help but think about all of the things our class missed out on, but getting one last privilege, even if it is for less than two months, would be an awesome feeling that our class would greatly appreciate.