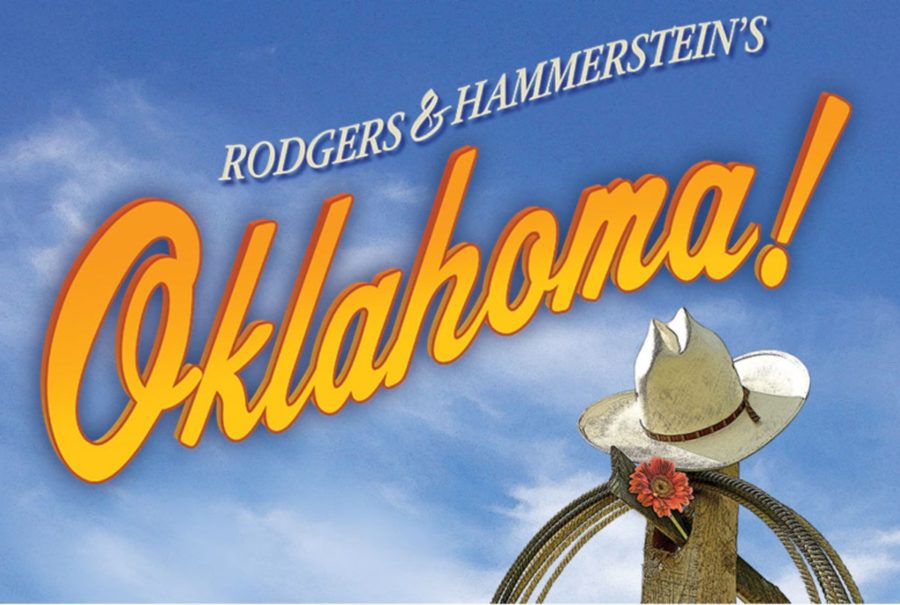 It’s that time of year again: time for the spring all-school musical. For the 2022 season, Chaminade theater will be presenting Rodgers & Hammerstein’s Oklahoma! This renowned Broadway sensation, first premiering back in 1943, has come to grace the Siefert Theater. The story takes place in the farm country outside the town of Claremore, in the Oklahoma Indian territory, circa 1906. Farm girl Laurey Williams is courted by two rival suitors, local cowboy Curly McLain (Daniel Sansone ‘23) and the strange and frightening farmhand Jud Fry (played by yours truly). Meanwhile, a secondary romantic plot involves the vain cowboy Will Parker (Owen Hanford ‘25) and his flirtatious fiancée, Ado Annie, who finds herself entranced with the foreign travelling peddler, Ali Hakim (Cory Burke ‘23).

I asked a few actors their thoughts on the show. When I asked Ashton Kautzner ’22, who plays Mr. Andrew Carnes, to describe the most appealing aspect of the show, he simply said, “Owen’s dancing is amazing.” I find it hard to disagree. The energetic and rousing musical numbers are extremely impressive, and Owen Hanford ‘25 leads the charge in many of them including his song “Kansas City”.

Andrew Coulter ’24, who plays “Slim”, had this say: “I really like the set design. I grew up watching Oklahoma my whole life, so this show really makes me feel like I’m part of the story”. The large cast of characters creates a lively atmosphere and is sure to draw you into the various conflicts.

The show opens next Thursday, February 17th at 7pm. There will also be a showing on Friday at 7pm, a matinee on Saturday at 2pm, and the final show will be Saturday night, opening at 7pm. So, there’re many options to come see this production. As Graham Toombs ’23 said, “I’m looking forward to going, it’ll be a lot of fun,” and I hope to see you all there as well.